My week in California last fall was basically three things:

1. The weekend near Lake Tahoe.

I went to visit my friend Shannon so I don’t have any great ‘stay here’ tips.  But I can say, hike!  From what I can tell (which may be heavily influenced by Shannon and her hobbies) the mountains of California are for exploring!  So, the best way to experience the culture of the place is to dive into the woods and come out and talk about it.

Well, that’s what we did anyways, starting with a day trip up to Tahoe to bag my first peak (hiker slang for summiting a mountain) and take in views of Donner pass (which has its own interesting history of desperation and cannibalism that makes for interesting travel conversation).  We also hiked a little by the local Yuba River and took a stroll through her quintessential mountain town.  Northern California is nothing like the east coast, in geography, in climate, or in culture, which makes it exceptionally fun to explore. 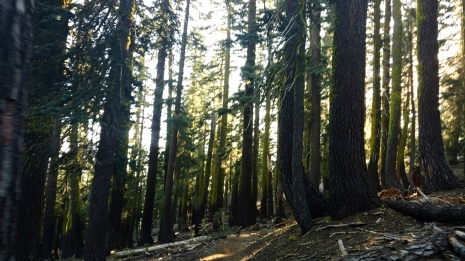 Even the forest looks different here!

The Yuba River is an exceptionally nice place to sunbathe on rocks.

After bidding farewell to one friend I met up with the next and we headed to Yosemite.  As my first National Park Yosemite did not disappoint.  It’s ginormous, user-friendly, and just rugged enough that you don’t feel like you are totally trapped in a tourist trap.  Rida and I were only there for a night but we squeezed in a short hike for big views at Taft Point, saw the sunset shining back on Half Dome, and enjoyed the views from Tioga Pass.  I also stepped a foot onto the Pacific Crest Trail.  So that was cool. 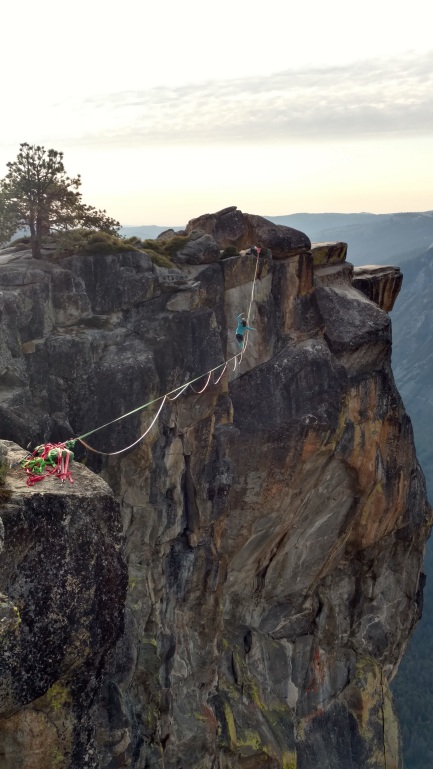 Slackliner showing us how it’s done.

I hiked Yosemite with a collared shirt, like a nerd.

Sunset shining of Half Dome.

We ended our week with two short days in San Fran.  It was another one of those ‘squeeze it all in’ experiences but we had the added pleasure of happening to be there during Fleet Week.  This meant that there was an air show going on every afternoon over the bay.  On a whim we bought tickets to tour the bay by boat and then proceeded to disregard the audio tour and instead enjoy the skilled aerial maneuverings of the Blue Angels.  I love when vacation surprises me!  (Also, if you are going to watch an airshow, watch it with a plane nerd.  Their excitement is contagious!) 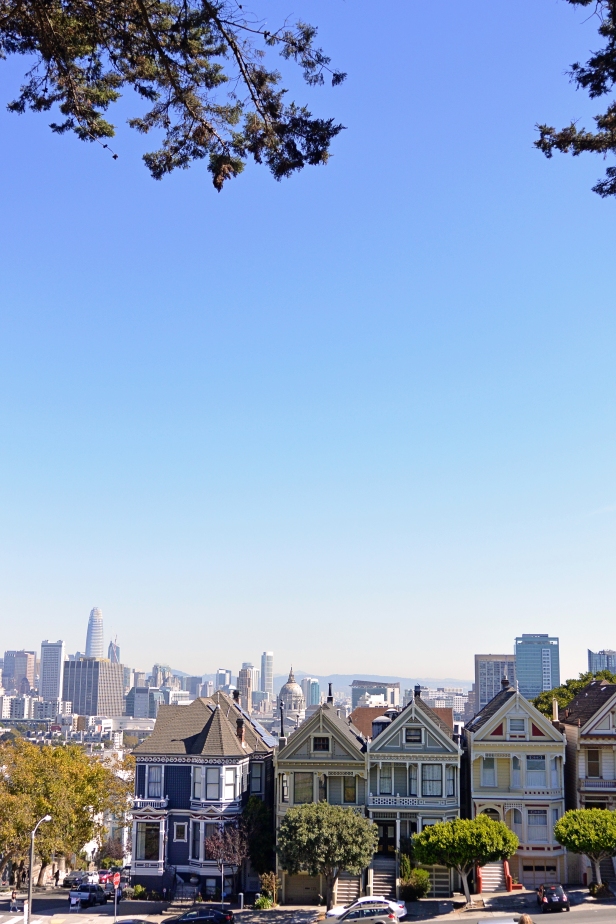 Oh, and then, the ever iconic Golden Gate Bridge from every angle.

Another spontaneous favorite of mine was a stop at Land’s End.  It’s just a park on the coast that feels a little out of the city and also offers the historical interest of public bath ruins.

Ruins are fun for climbing.

Why You Should Go To California:

Where the land actually ends at Land’s End.

5 thoughts on “The Golden Coast”